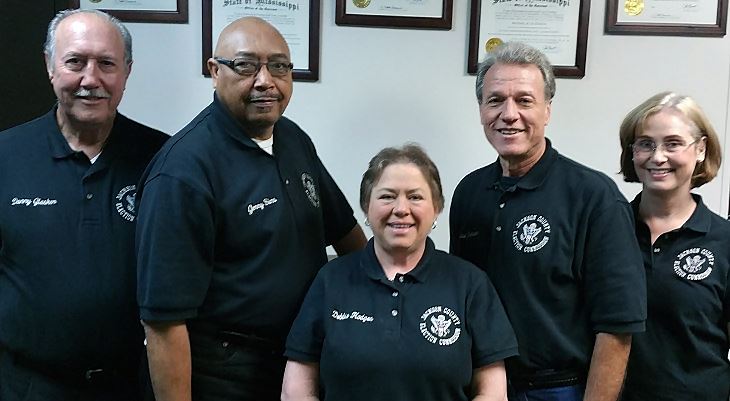 Members of the Election Commission are Elected Officials that serve a four-year term and there are no limitations to the number of consecutive terms that can be served. Commissioners must be qualified electors in Jackson County and a resident of the Supervisor District in which they are a candidate. They operate under the authority of the Mississippi Code Annotated 23-15-211 (1972).

Members of the Election Commission are required to attend Certification Training annually, conducted by the Mississippi Secretary of State's Office, to be certified to conduct elections.

The Election Commission is responsible for ensuring that all elections are conducted fairly, honestly and most importantly Legal in all areas of the laws of Mississippi.

They work as a team to ensure the voter rolls for Jackson County are as clean as possible by removing those voters who have moved or passed away.

Duties of the Election Commission